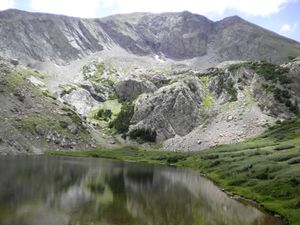 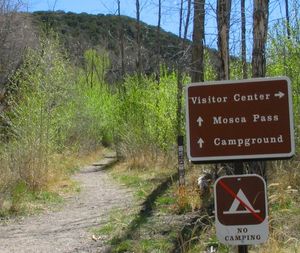 Mosca Pass Trail #883
28 Miles - Map
The Sangre de Cristo range is host to ten fourteeners, including the renowned Crestone Peaks, and 86 thirteeners, one of which is New Mexico's state highpoint, Wheeler Peak. You'll find the highpoint of 12 counties in the the range, as well. Two of North America's classic climbs can be found in the Sangres: Crestone Needle's Ellingwood Arete route and The Prow on Kit Carson Peak. Other well regarded technical routes in the range include the Little Bear to Blanca Peak traverse and Ormes Buttress on Blanca's incredible north face.

Blanca Peak is the 4th highest in Colorado, and the Como Lake route is the easiest climb of the Sangre de Cristo fourteeners. The Blanca peak trailhead is only 15 minutes from Base Camp, and is also the approach for two other fourteeners, Elingwood Point and Little Bear Peak.
Trailheads for the Crestone group of fourteeners are only one hour from Base Camp. 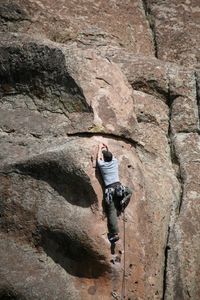